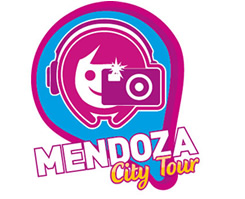 ROUTE:
The route has 15 different stops. Every stop constitute important touristic areas or landmarks of the City of Mendoza. The system works under the international "Hop On Hop Off" model. Among the places of interest it is worth mentioning El Cerro de la Gloria, General San Martin Park, Independence Square, Foundational Area, Central Park and the Civic District.

VOUCHER EXCHANGE
The passenger must show up with the Voucher, from Thursday to Sunday in low season, or daily during high season, from 9:30 AM to 5:00 PM at the point of sale, which is located in Plaza Independencia (Independence Square) on Chile and Sarmiento streets (in front of the Park Hyatt Hotel). The voucher will be sealed, and then you will be able to enjoy the city tour!

THE VOUCHER SHALL ONLY BE VALID FOR 24 HOURS AFTER SEALED.

RETURN OR EXCHANGE
The tickets issued cannot be redeemed or returned. Dates and passenger data must be checked before finalizing the sale process.

IMPORTANT
The seats selected at the time of purchase do not correspond to the location that each passenger will have on the bus. Passengers can pick the available seats when boarding the bus.

LANGUAGES
During the Mendoza City Tour tour, there's an explanation of the tour in several languages, including: Spanish, English, French, Portuguese, Italian and German. 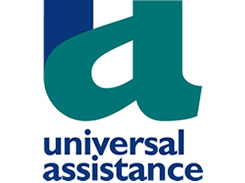 WHAT'S TICKET PLUS?
It is a new coverage that Universal Assistance provides. It provides the possibility of acquiring a refund of the cost of your ticket, in cases of losing the service, according to various unforeseen or unexpected events, such as:

HOW TO GET TICKET PLUS?
When making the purchase of the ticket, in the passenger data it is possible to check the box to add the additional service with the coverage for your trip to the shopping cart.

WHERE TO CHECK MY VOUCHER NUMBER?
On your ticket, you'll find the text below:
“Traveller coverage, voucher number: XXXXXXXXX
This ticket has the "Ticket Plus" benefits , Service of Assistance to the Traveler. This includes: refund of cancellation fees, referral service and medical coordination. To be assisted, please contact us at +54 11 5275-5400 or +54 11-4323-777. General conditions: www.voyenbus.com. No refunds allowed”
The insurance policy will be attached to the ticket.