In the late 60s Ñandú del Sur joined the popular group Andesmar, which at that time covered the destinations of Carhué, Pigüé, Bahia Blanca, Tornquist and Saaverda, and later would expand its destinations by adding Coronel Suárez to Bolivar.

In those years, that area was in a phase of continuous growth, in the year 69 Ñandú del Sur extended the line of the company to the city of Rosario and localities near the city.

Nowadays, the company is characterized by its recently renewed long distance bus fleet, and its daily work, thus managing to meet the different needs of its passengers. The company has always provided quality and safety at all levels of the organization. 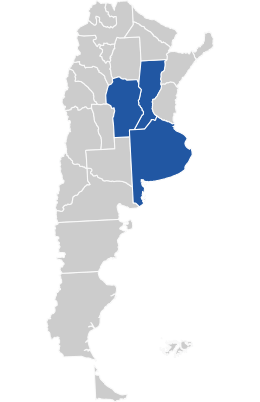 The destinations covered by the company are located entirely in the center-east of the country, including the Provinces of Buenos Aires, Cordoba and Rosario. With this in mind, some of the most requested and popular destinations covered by the company are: Paraná, Bahia Blanca, Venado Tuerto, Villa María, General Villegas, Rufino, Rosario, Bolívar, Tornquist, Pigue, 9 de Julio, Puente Saavedra (Saaverda Bridge), Coronel Suarez, Trenque Lauquen and Laboulaye.